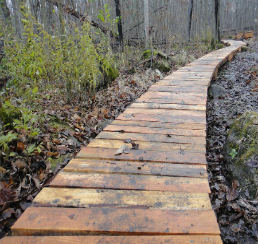 The following statements reflect our beliefs about the essentials of the Christian faith.

THE TRINITY
We believe in one living and true God who is a Spirit, both infinite and pure. This God eternally exists in three distinct persons: The Father, the Son and the Holy Spirit. These three persons are one God, the same in substance, equal in power and glory.

THE PERSON AND WORK OF CHRIST
Jesus Christ is the Messiah promised by God and is the second person of the Trinity. As the Redeemer of God’s people and the eternal Son of God, Jesus was born of the Virgin Mary. Jesus
Christ became a man and so was, and continues to be, both God and man in two distinct natures
and one person forever. Jesus Christ performs the work of a prophet, priest and king. As a prophet he reveals to us the will of God for our salvation. As a priest he offered himself as a sacrifice to satisfy divine justice and reconcile us to God. In his office as a priest he also continues to intercede on our behalf. As a king he requires our submission to his authority and continually rules and defends us as his kingdom advances on the earth. Jesus Christ lived a life of perfect obedience and on the cross offered himself as a sacrifice to God to atone for the sins of God’s people. By his death he has fully satisfied the justice of God and purchased reconciliation for all who believe in him. Christ was exalted in his bodily resurrection from the dead on the third day and has ascended into heaven where he sits at the right hand of the Father awaiting the day when he shall return to judge the world.

THE PERSON AND WORK OF THE HOLY SPIRIT
The Holy Spirit is the third person of the Trinity. He draws us to faith by convincing us of our sin
and by persuading and enabling us to believe in Jesus. The Holy Spirit indwells the believer at
the time of conversion and grants spiritual gifts to the believer for the benefit of God’s people.

THE INSPIRATION OF SCRIPTURE
We believe that the Scriptures of the Old and New Testaments are the inspired Word of God. The
writers of the Bible were so influenced by the Holy Spirit that what they wrote as a whole and in every part is God’s word for us. The Scriptures are not the invention of man but originate with
God. The Scriptures are infallible in the original autographs and are God’s authoritative revelation
to us for what to believe and how to live.

THE DOCTRINE OF MAN
God created man after his own image in knowledge, righteousness and holiness. Being left to the
freedom of their own will, Adam and Eve chose to sin against God. Since the covenant of life God
made with Adam extended to all his descendants, all mankind fell with him in his disobedience to
God. Adam’s fall brought mankind into a condition of sin and misery whereby the whole nature of
man was corrupted by sin. In the fall, all mankind lost their communion with God and are under
his wrath and curse, being made liable to all the miseries of this life as well as death and hell.
God, however, out of his mere good pleasure, entered into a covenant of grace in order to save
those who trust Jesus Christ for eternal life.

THE DOCTRINE OF SALVATION
Through faith in Jesus Christ alone, and not by any good works, God pardons all our sins and
declares us righteous in his sight. The Holy Spirit indwells each believer enabling us to become
more and more like Christ in our attitudes and actions. This process of sanctification will not be
complete until we reach heaven to spend eternity with God.

In addition to these statements, we also affirm the Apostle’s Creed

THE APOSTLE’S CREED
I believe in God, the Father Almighty, the Creator of heaven and earth, and in Jesus Christ, His
only Son, our Lord: Who was conceived of the Holy Spirit, born of the Virgin Mary, suffered under
Pontius Pilate, was crucified, died, and was buried. He descended into hell. The third day He
arose again from the dead. He ascended into heaven and sits at the right hand of God the Father
Almighty, whence He shall come to judge the living and the dead. I believe in the Holy Spirit, the
holy catholic (i.e. universal) church, the communion of saints, the forgiveness of sins, the
resurrection of the body, and life everlasting. Amen.